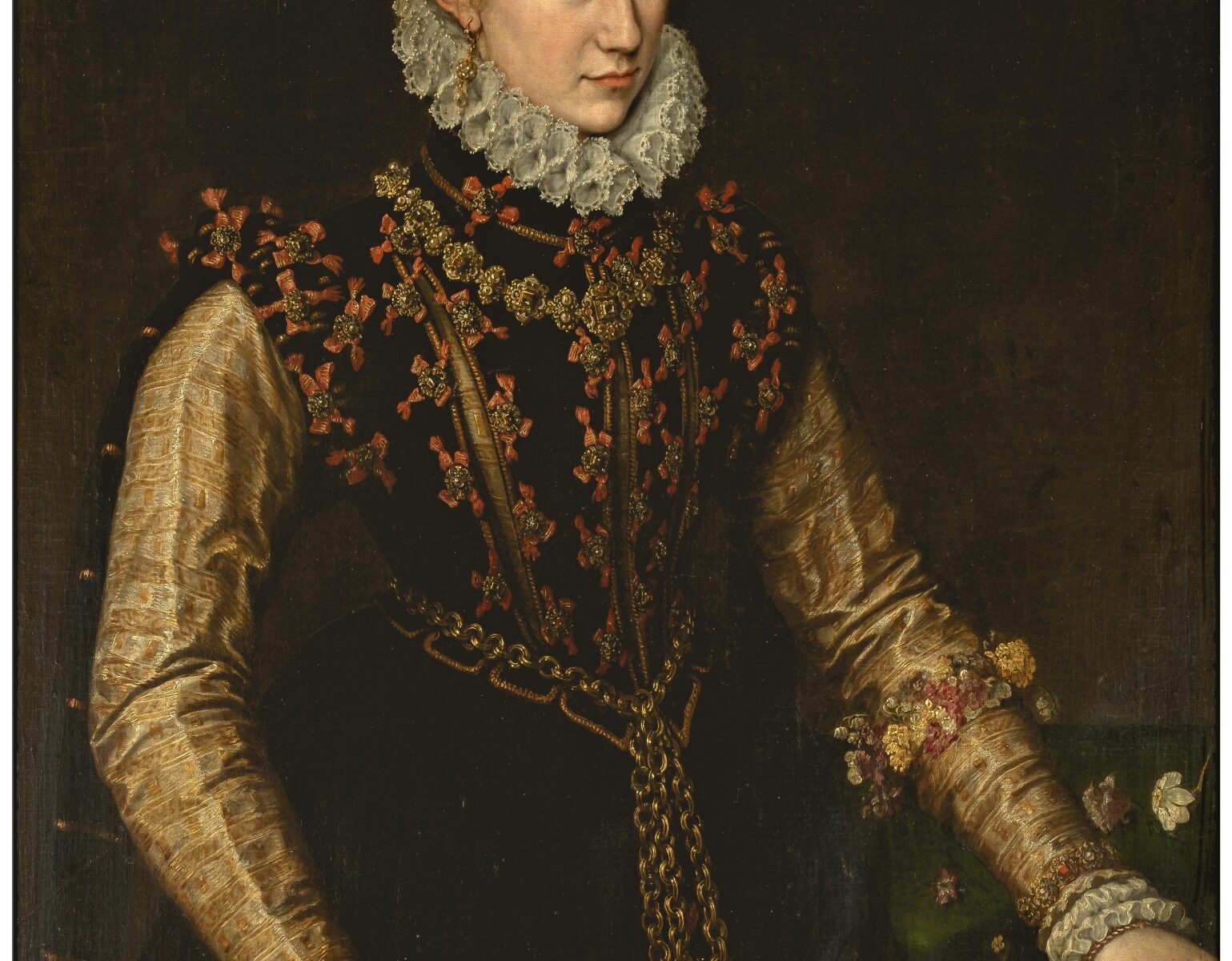 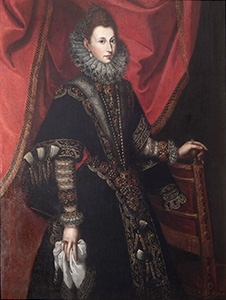 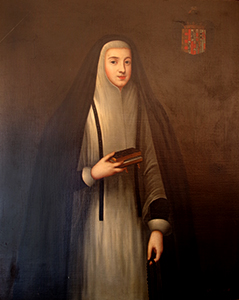 Every summer, the English in their millions jet off to Spain, swelling the hundreds of thousands already living out their retirement in the Spanish sun.

In the 16th century, a visit to Spain was a rather less enticing prospect for residents of England, even before the two countries went to war. It wasn’t just the absence of air-conditioning and the stomach-churning passage across the Bay of Biscay. There was also the danger that your beach reading might not get past the bloodhounds of the Inquisition, who nosed through the luggage of new arrivals for unsound texts.

It isn’t surprising that few English men and women at this time voluntarily went to Spain. Those who had no choice in the matter – merchants, sailors, diplomats – made haste to depart at the earliest opportunity (Henry VIII’s ambassador to the Spanish court, Sir Thomas Wyatt, even composed a poem celebrating his recall to England). Yet, for one small group, Spain presented a haven: Catholics unwilling to conform to England’s new Protestant order.

Foremost among these was Jane Dormer, wife of the Duke of Feria, the Spanish grandee who left England shortly after Elizabeth I’s accession to the throne and died in Madrid a full half-century later.

Simon Courtauld’s short new life of Jane not only memorialises this largely forgotten figure, but also casts a sidelight on the motley collection of traditionalists, zealots and chancers who abandoned England for the Spain of Philip II.

Dormer was born into a Catholic gentry family from Buckinghamshire. Then as now, the expectation was that she would marry a suitable Englishman of similar breeding. But a more exotic destiny awaited her. Through family connections, she entered the household of Mary Tudor as lady-in-waiting.

Shortly after becoming queen, her mistress married Prince Philip of Spain (later Philip II). Jane caught the eye of his confidant, the Count of Feria, a blunt yet dutiful aristocrat 15 years her senior.

Courtauld considers it to have been a love match: Jane, a contemporary wrote, was ‘of shuche lively hewe that who so fedes his eyes on her may sone her bewte vue’, and Feria was duly smitten.

Yet, while the marriage brought Feria no financial gain, Jane did possess one crucial asset: information. Philip was absent from England for most of his four-year marriage to Mary and depended on Feria, whom he left behind for periods at Mary’s court, to supply him with intelligence about his wife. Few were better placed to procure it than Jane.

Jane and Feria (who was raised to the rank of duke in 1567) married shortly after Mary’s death in November 1558, before the possibility of a Catholic wedding was ruled out. Feria remained briefly in England as Philip’s ambassador to Elizabeth I, but his irascible, plain-speaking style ill suited him for such a role and he was soon replaced. With Jane in tow, he returned to Spain via Flanders and France, where the newly-weds were sumptuously entertained by Mary Stuart and her husband Francis II.

They were accompanied by two dozen attendants and a train of refugee monks, for whom there seemed no future in England. En route, Jane gave birth to their first son.

The book’s most novel parts deal with Jane’s years in Spain, where she lived between her husband’s estate in Extremadura and Philip II’s court in Madrid. At first, she struggled with the weather and the food – she requested consignments of herring, salmon and Shropshire cheese from England – but within a few decades she was producing recipes for Spanish cakes and biscuits.

She became an important figure at Philip II’s court, where the king treated her as an oracle on the inscrutable English queen and she in turn acted as spokeswoman for England’s increasingly downtrodden Catholics.

Although the 16th century is commonly regarded as an era of polarisation, Courtauld shows how Jane was able to a degree to straddle divisions of religion and politics. She remained a pious Catholic throughout her life and provided succour to Catholic exiles in Spain, yet also served as unofficial consul general for English Protestant visitors to the country. She involved herself in intrigues against Elizabeth I, but never formally renounced her allegiance to the queen.

Occasionally, Courtauld exaggerates Jane’s influence. She was never, for instance, a serious candidate to become Philip’s Governor of Flanders after the death in 1571 of her husband (who had been due to take up that office), however noisily the Catholic exiles championed her cause. Dynamic Jane may have been, but in the i6th century women not of the blood royal were still required to operate in the shadows.

Yet, overall, this is a balanced, colourful and revealing biography of a pioneer of Anglo-Spanish living. 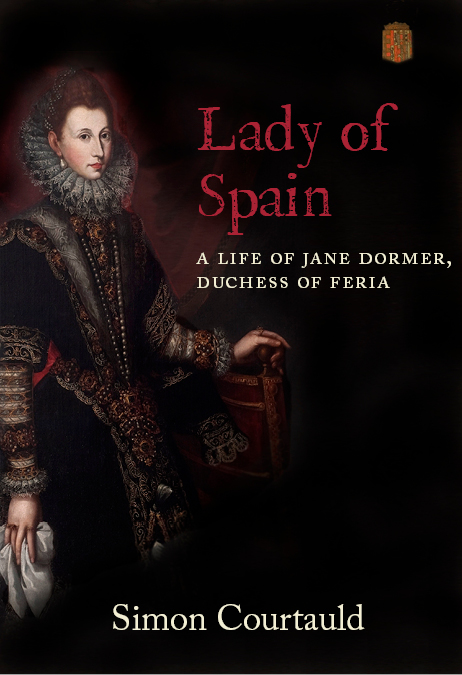 Few modern writers know and understand the historical complexities of Spain as well as Simon Courtauld. His Footprints in Spain is a must for anyone wanting a detailed insight into Spanish culture, Catholicism, countryside and the corrida.

Now he brings Spain to the court of Mary Tudor with a biography of Buckinghamshire landed beauty Jane Dormer, who married the leery Duke of Feria, twice her youthful age. “She was a darline of lively hewe,” court poet Richard Edwards recorded.

Here are stories of influential Protestants against Catholics, intrigue, diplomatic missions, even an abortive attempt by a ‘dishonourable adventurer’ called Stukley for the Spanish to invade Ireland. Throughout her life in Spain, Jane Feria championed Catholicism. ‘Her saintly reputation drew many to her deathbed.’ Not so a recent Duke of Feria, imprisoned, so Courtauld tells us in one of many fascinating and amusing asides, ‘for kidnapping and corrupting a young girl’.