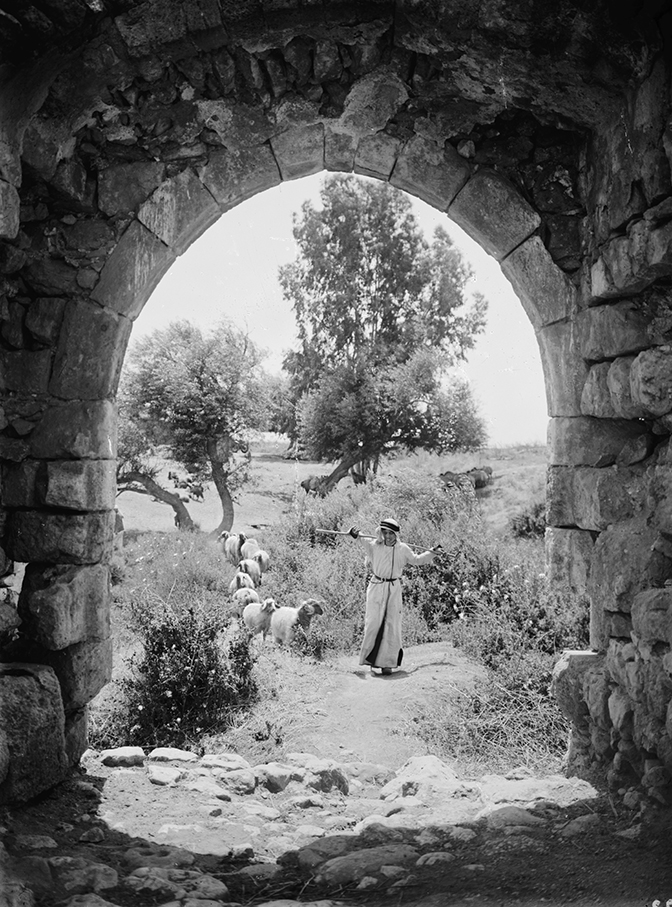 Books about the history of Palestine are not lacking: Roger Hardy’s “select” bibliography includes nearly 250 volumes. He successfully marks out his own work by splitting it into six chapters with apposite headings: Pilgrims and Predators, 1850-1917; Palestine Raj, 1917-1929; Days of Rage, 1929-1949; An Interlude of War, 1939-1945; Things Fall Apart, 1945-1948; and ﬁnally, Epilogue: the land and the people. This division, supplemented by Hardy’s limpid style, makes for as easy a read as one could ask for of a tangled period of history.
Hardy further distinguishes his version of the history by his use of contemporary texts and photographs – and the history of photography in Palestine. The texts can be telling. In July 1916 an Arab Jerusalemite in the Ottoman army, ordered to transfer to the front in Suez, writes in his diary: “I cannot imagine myself ﬁghting in the desert front. And why should I go? To ﬁght for my country? I am Ottoman in name only …” In the early 1930s, Thomas Hodgkin, private secretary to the High Commissioner, Sir Arthur Wauchope, writes of a visit to the cinema (to see the silent 1925 version of Ben Hur): “When the Roman ofﬁcer Messala remarked to Ben Hur: ‘To be a Jew is to crawl in the dirt!’, all the Arabs shouted and stamped … But when Ben Hur with ﬂashing eyes replies: ‘My afﬂicted nation has shaken off its other persecutors before now, and the day will come, be sure, when it will rise up and shake off the yoke of Rome,’ then all the Jews in the audience joined in a splendid seditious cheer”. One could have done with more such snippets, though as Hardy himself points out the quotations are necessarily drawn from the educated classes: what the peasant in the Palestinian ﬁeld felt is less easy to bring to light.

The ﬁrst photographic image of a Palestinian subject dates from 1839. From then on, use of the new medium grew rapidly, with photographs from the Holy Land much in demand in Europe and the United States. Hardy’s description of the growth of the industry almost amounts to a book in itself. In particular he tells the story of how in 1896 the family Larsson left Sweden to join the American Colony, a devout Protestant group founded by a lawyer from Chicago, Horatio Spafford, and his Norwegian-born wife. Lewis Larsson did not take to the religious millennialism of the American Colony, but within it he was able to develop a thriving photography business, producing and marketing a signiﬁcant record of daily life in the villages as well as of more prestigious subjects.

The families engaged in the American Colony split up acrimoniously in the 1920s. In an adjudicated settlement Lewis Larsson was awarded a building that was later to become the Swedish consulate, while the Vester family (the Spaffords’ daughter had married a German, Frederick Vester) kept the building that was eventually to become the American Colony Hotel. Visitors to the hotel today may well not be aware of its early association with a strict religious group and with the development of photography.

The nearly 140 black and white photographs in the book are of widely ranging subjects – from politicians to peasants, from villages to the King David Hotel. They are of splendid clarity. This is due of course to the skill of the photographers, also to the high quality of the publisher’s paper and reproduction, but perhaps above all to the often remarked upon quality of light in Palestine. Jack Robertson, who founded the Near East Arab Broadcasting Station (Sharq al-Adna) in World War II, put it romantically as follows: “Jerusalem is white stone walls against a sky of deep, unquenchable blue … Jerusalem is sunlight against the pine-woods … Jerusalem is the heaped-up, dazzling, tawny glow of oranges on stalls outside the Damascus Gate”. However that may be, the photographs amply fulﬁl Hardy’s aim of bringing his story to life.

As for the politics of the story, the author, as beﬁts a man who spent over twenty years with the BBC World Service, makes almost palpable efforts to be impartial in his judgments. What is striking with regard to the formal efforts of the British Government to devise a future for Palestine – from the White Paper of 1922 to the Bevin plan of 1947 – is that none of them accepted that the Arabs of Palestine were a nation with the same rights to sovereignty as other nations.