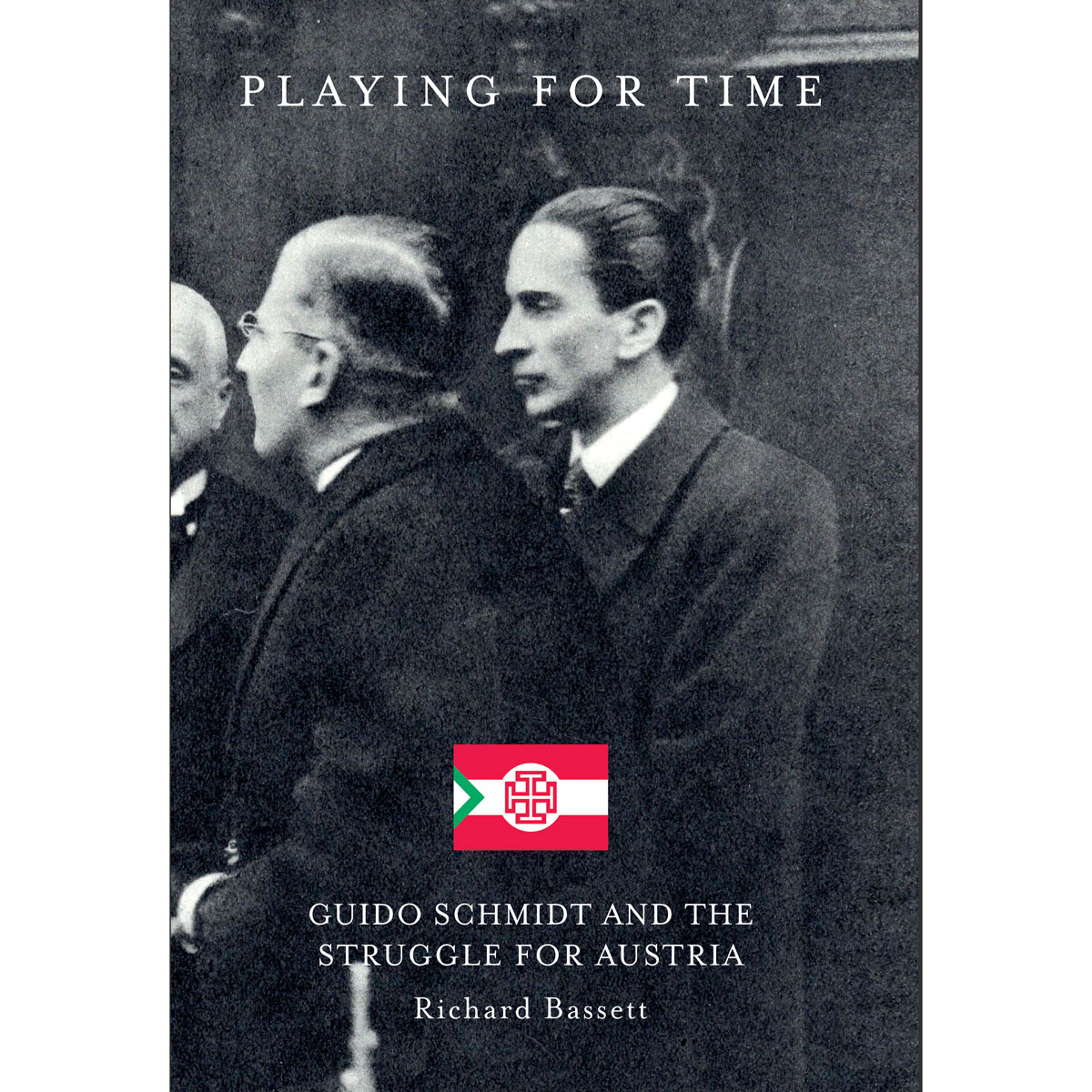 Playing for Time: Guido Schmidt and the Struggle for Austria

The fascinating story of Guido Schmidt, Austria’s foreign minister in the crucial years before the Anschluss, drawing on previously unpublished material from family archives.

The Author, Richard Bassett, is a Bye-Fellow of Christ’s College Cambridge and an internationally acclaimed author of several books on central Europe, including Last Days in Old Europe (Allen Lane, 2019) and For God and Kaiser (Yale University Press, 2015), the first authoritative narrative of the Habsburg army ever to appear in English. An earlier biography of Admiral Canaris, Hitler’s Spy Chief (Orion, 2005) has been translated into eighteen languages.

Dapper, dynamic, overarchingly ambitious, Guido Schmidt was Austria’s youngest and most controversial Foreign Minister. Distrusted by both Nazis and Western democracies, he struggled to preserve Austria’s independence from the growing threat of Hitler and the Third Reich.

Corresponding secretly with Göring while betraying Axis secrets to Sir Robert Vansittart at the British Foreign Office, Schmidt ducked and weaved across a European landscape of increasing menace and treachery. Accompanying the Austrian Chancellor to Berchtesgaden in February 1938, Schmidt alone kept his nerve and negotiated an agreement with Ribbentrop which neutralised many of Hitler’s bullying demands. Although he warned Schuschnigg against calling a referendum the following month, the chancellor took the fateful, provocative decision. When Hitler responded with a full-scale invasion of Austria, Schmidt was one of the very few Austrian ministers to escape the clutches of the SS. In a curious gesture of protection, Göring sent a plane to Vienna to rescue him from the wrath of the Austrian Nazis.

This enigmatic move by Hitler’s greatest of paladins came back to haunt Schmidt after the war when he was put on trial for high treason at a People’s Court in Vienna. Acquitted in 1947 for “lack of evidence”, Schmidt’s reputation never recovered and his achievements on behalf of the Austrian state have been neither acknowledged nor recognised. By his death in 1956, he was largely forgotten by the international diplomatic and political community across whose stage he had once strode with such confidence.
Accessing invaluable family papers hitherto unseen by any historian, Richard Bassett has produced a fascinating account of an important personality who played a pivotal role in the European crisis in the run-up to the Second World War.

Be the first to review “Playing for Time: Guido Schmidt and the Struggle for Austria” Cancel reply